The Vincenzo’s chain has been around for close to 40 years but the current owners have been with the business for 12 years.
Located in Merrylands, it’s a nice local for pasta, pizza and other comfort food.
With a lovely outdoor seating area, it’s also the perfect place to sit around and enjoy good food with family and friends.
Courtesy of an invite from Food Blogs Media, we were given seven different dishes to try on the day of the visit.
First off the menu was the garlic bread which was made with house made garlic butter. This was freshly baked and had just the right flavour. 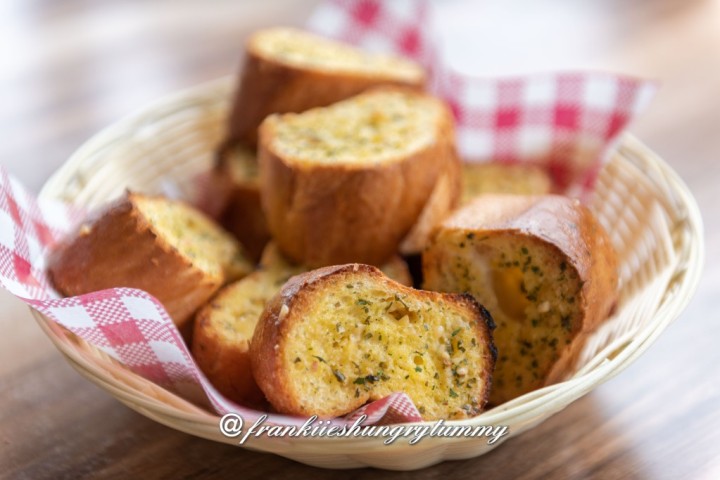 Next were the garlic prawns which were cooked in napolitana sauce with a side of pane de casa. These were super tasty and the pane de casa which is a type of bread, made the perfect pairing to this delicious dish.

We were also given three types of pizza! 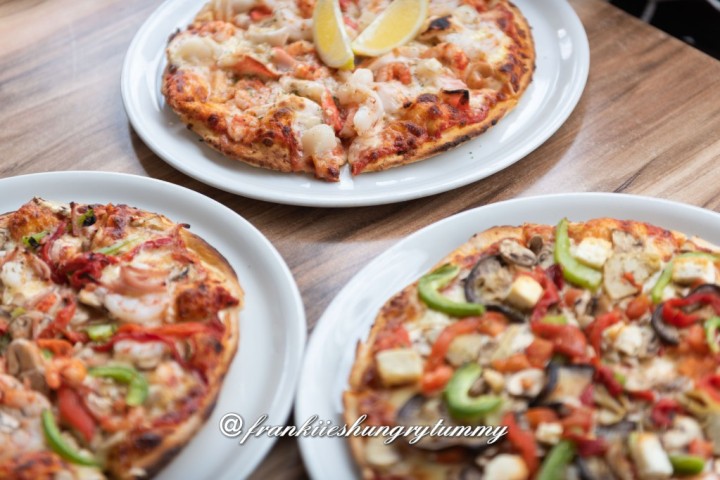 We had the Atlantic which has a tomato base topped with cheese, scallops, prawns, king prawns, crab meat and parsley. I’ve never been one to order a seafood pizza but this was pretty good and I would definitely rate it.

The Four Seasons pizza also has a tomato base and is topped with cheese, ham, mushrooms, capsicums and prawns. Now this is my type of pizza! I’m such a fan of ham, mushrooms and prawns that I couldn’t go wrong with this and the capsicum was a nice addition to the flavour.

Last but not least, was the Italian Special made with a tomato base, cheese, roasted capsicum, marinated artichoke, roasted eggplant, mushrooms and diced tomatoes. This seemed to be the winner on the table out of the pizzas as it was the one which people ate the most of. I’m not a fan of artichokes but I do love roasted eggplant.

From the pasta menu, we received the fettuccine marinara which had a napolitana sauce, dash of cream, prawns, scallops, crab and garlic. This was my favourite dish! I usually like white sauces best with my pasta unless it’s spaghetti or lasagne but this was just delish!

The last dish brought out was the fish and chips. The fish was nice and crispy and the chips, thick cut. Now who doesn’t love a good fish and chips dish? The fish here was crumbed rather than battered which was nice because it made it less oily.

The guys were super hospitable and came out after all of the dishes were brought out and asked if we were full enough as if we weren’t, they were going to bring out more. But the dishes here are definitely filling and it’s nice to get a group together so that you get more of a taste for the menu.