We were lucky enough to have gotten invited by Ompty Media to this new and trending Chinese restaurant to try their all day yum cha menu.
We started off with a few sets of delicious dumplings.
The cutest one of all being the finding Nemo! They were almost too good to eat but temptation got the better of us and you know, we didn’t want to be rude and not eat the food that was given?!

Second cutest were the crispy and cheesy prawn pear shaped dumplings. I absolutely loved these! They were crisp on the outside but literally melted in your mouth when you take that mouth-watering bite. 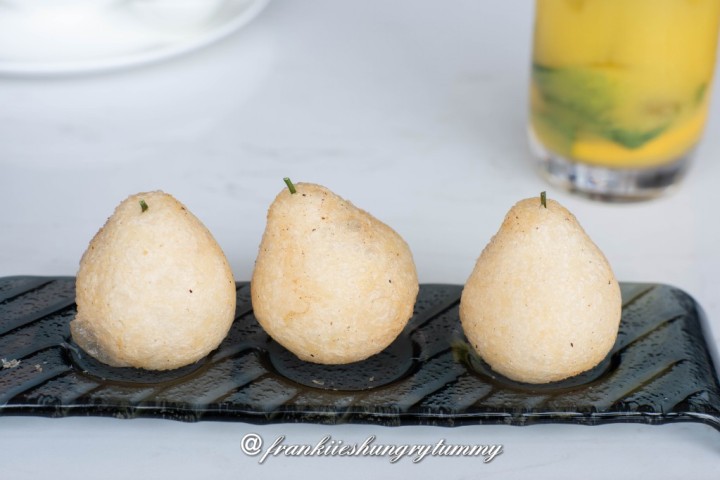 Third was another set of prawn dumplings with a bit of bite which was unexpected but nice. They were super flavorsome and you definitely don’t need condiments of any sort.

Next off the menu we were served the sweet and sour pork which was served on a bed of ice and presented beautifully. The pork was flavoursome and stayed surprisingly hot with having been surrounded by ice.

We were also served the wok fried rice with egg white and fish roe which was delicious. You can’t have Asian food and not have a rice dish to accompany it so this was definitely welcomed. 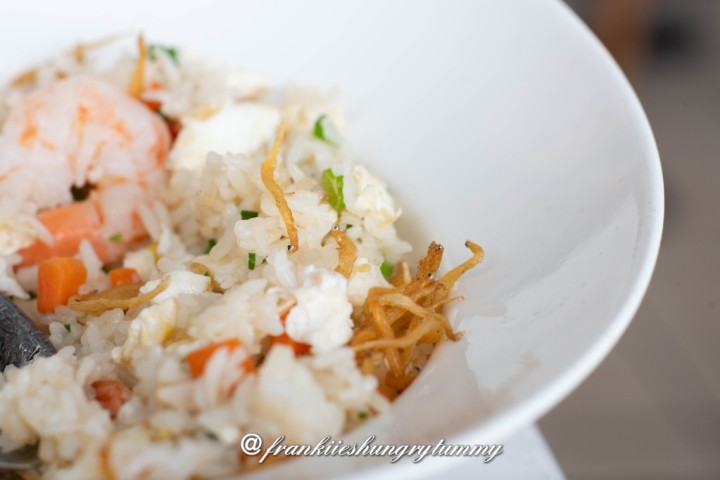 Also served was the popular szechuan style chilli and numbing beef slices which was a dish that came out covered in chillies. It was almost intimidating to eat but I’m trying to build my resistance up to spicy food so had a go and it wasn’t as spicy as expected.

Last but not least we had the silky tofu and enoki mushrooms which was topped with a creamy egg white and shredded dry scallop sauce. This was delicious! I’m a big fan of mushrooms so definitely loved this dish. 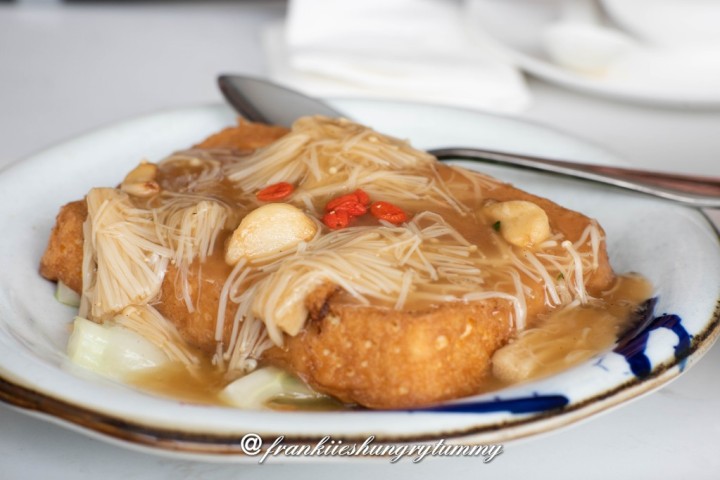 For drinks we had the sexy girl mocktail and amazing dream mocktail. They were both delicious.
The sexy girl was an orange citrus flavour and the amazing dream was a lemon and mint flavour. Both were refreshing and complimentary to the food.

We were too full to try the dessert menu so we were brought out some small egg tarts just for that sweet hit which was nice.

Definitely a trending place to visit and who doesn’t love all day yum cha?! Not to mention the view you get of the harbor when you sit outside.