Cheese fondue nights are only until September 15 so if you haven’t managed to go and don’t want to miss out, you’d better book in as they don’t take walk-ins.
The price is $29 per person and it comes with the cheese fondue, a side of salad, cornichons and some picked onions.
We opted to have some additions to the standard items included. 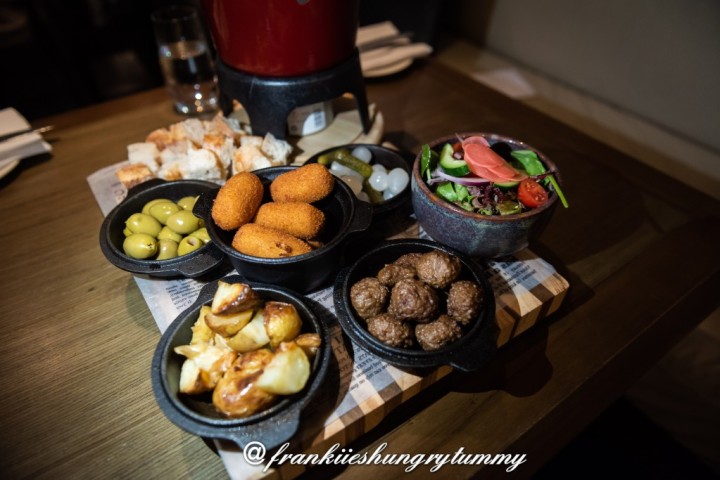 First off the list were olives which were $9.00. These were the husband’s favourite. He loves olives and thought that this was the perfect match to the cheese.

Next were some kipfler potatoes which were $6.00. These were lovely as well and were a nice addition to the cheese. 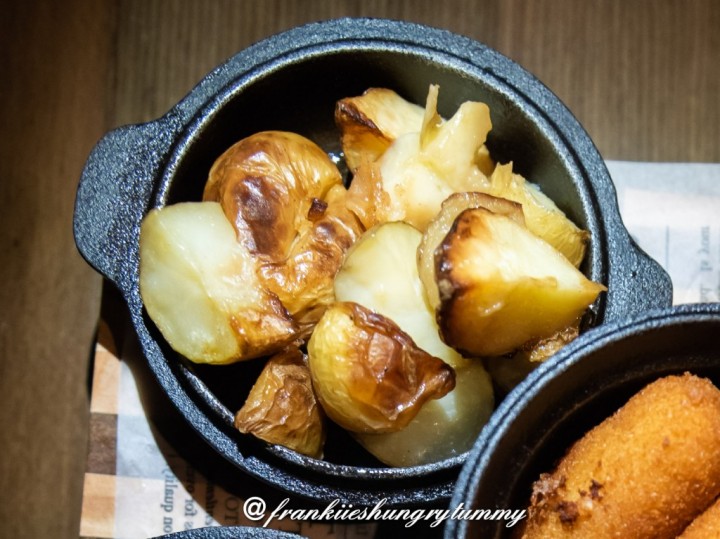 We also ordered some spiced meatballs for $9.00 for something different. These had a nice flavour to them and also went well with the cheese. 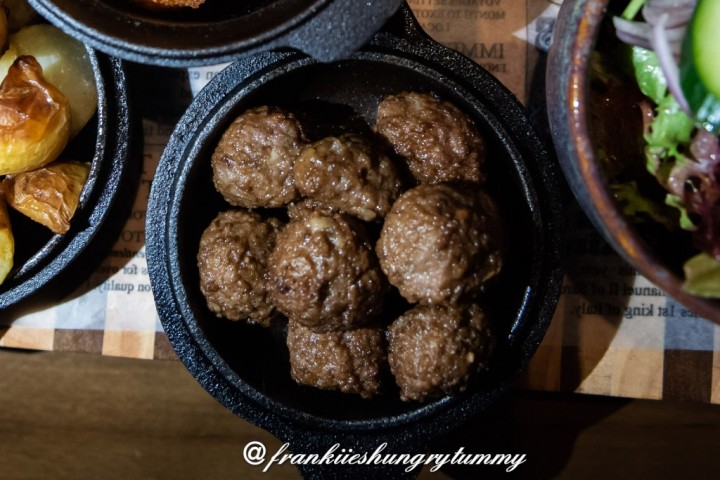 Last but not least were the mac and cheese croquettes which were $7.00. These were just divine! They were super crispy on the outside and nice and soft on the inside. These were probably best eaten on their own to avoid an overly cheesy taste. 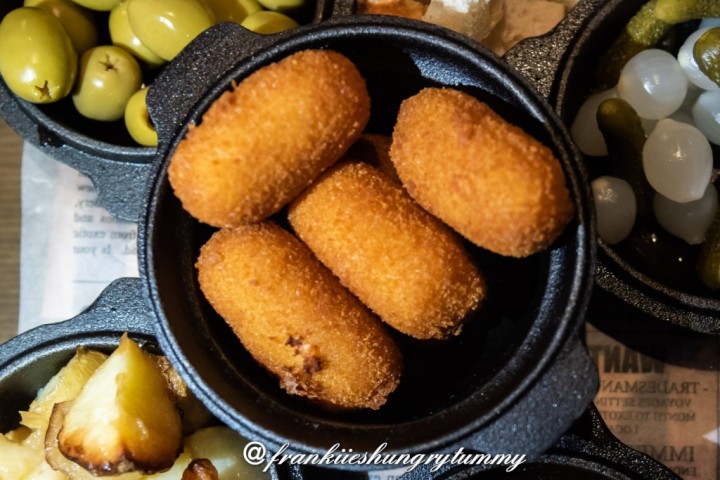 While having a look at the additions menu, on the back you get to read about the history of fondue and how it started off in the 18th century in Switzerland. People had limited access to food during the winter so used aged cheeses and bread as a means to feed themselves.
People would heat old cheese with wines, garlic and herbs and dip their stale bread in it. 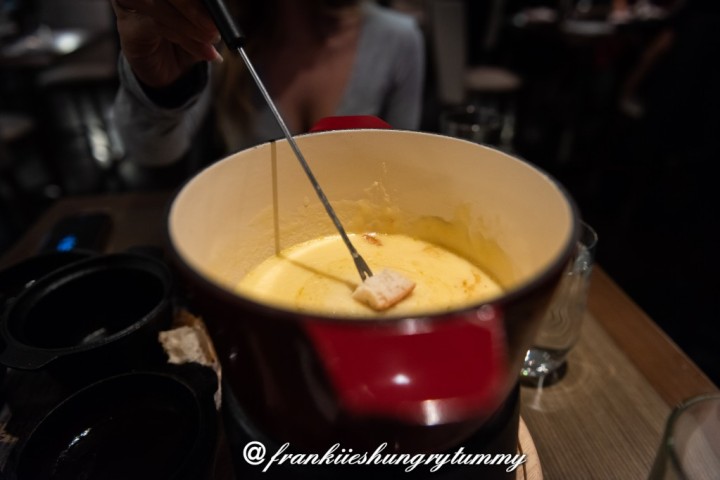 The word ‘fondue’ was derived from the French word ‘fondre’ which means to melt and has been adopted by all and is now widely used.
It’s also a tradition that if you drop your bread in the fondue you have to buy drinks all round!
If you guys go, let me know what you thought and if you’re going to go back and try the chocolate one.