I love Winterlight and always visit every year.
This year we were invited courtesy of Food Blogger Australia to come and try all of the various food trucks exhibiting their delicious creations.
First we visited the Original Soup Man, ordering the seafood bisque, which was so good. It was creamy and filled with lots of proper seafood and not just tiny offcuts. The bread was freshly toasted and made for a deliciously good combo and is definitely a must try! The guys serving were also super lovely, which is always a bonus. 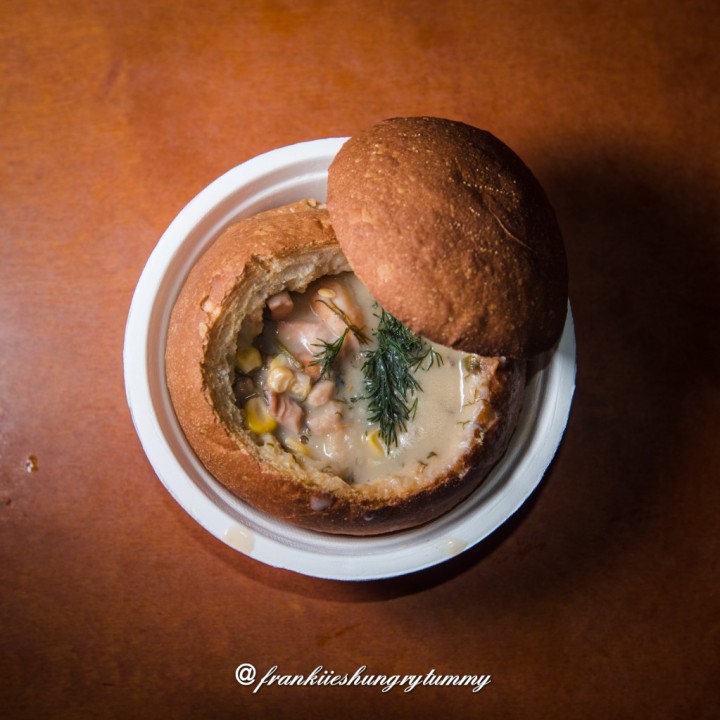 Next on the list was You Pizza where we ordered the BBQ Meat, which had pepperoni, cabanossi, ham and mozzarella. These guys definite pack a damn good pizza! They have now become one of my fave mobile pizza joints and I will definitely keep a look out for them at the next event.

Next to You Pizza is Chilli n Grains, who are the servers of Indian food. Here we ordered the Bombay Nachos with chicken. Now I have never had nachos with this type of flavour before but it was super good. It had that good butter chicken flavour throughout it which is a nice change from your original nachos.

Over in the other side you will find Berlin Bangers who made a mean hot dog. We opted for the kranski with cheese and it was delicious – flavoursome and generous in size. These guys were super friendly and really down to earth so go on over and pay them a visit.

Next to them is the Dutch Poffertjes House who are also super friendly and attentive. Not shy of going above and beyond for their customers, one of the workers walked past and saw that our plate had been sitting in the cold as we snapped away with photos and ate our savoury food first, she offered to make us a new, hot plate which was the loveliest gesture.

We topped our poffertjes with Nutella and cream – yummm! They were still soft and delicious even after they were sitting in the cold for half an hour.
Over at the end is one of my local faves, Adora. Here we had hot chocolates and individual chocolates, one being a ganache and the other, a chocolate frog. All of which was chocolate heaven goodness.

So what are you guys waiting for? Head on over for an epic feed, a skate in the ice rink, some rides and games before it all gets packed away for another year. 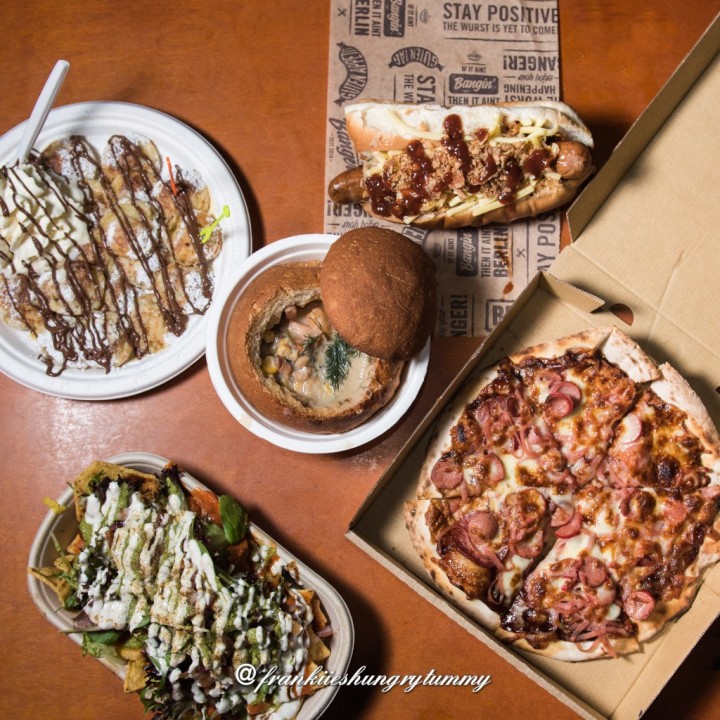 You’ve got until the 22nd of July so go on over and support the local community as well as the small businesses.