Hey guys!
I’ve decided to write up a blog on my top ten eats from my US trip.
Now this post isn’t going to include any dessert places or fast food joints as I will be doing a separate post for that one. And I’m sorry I didn’t get a chance to blog more during my trip but it got too hard for me to keep up each day with the amount of stuff we were doing – we didn’t have any rest days!
iHop
So coming in at number ten for me would have to be iHop.
Now people living in the US/Hawaii might think why iHop would be on this list but to me this place is a luxury for breakfast (or any other meal during the day). I actually miss this place on a daily basis – especially when we want something for breakfast on the weekends.
It’s always jam packed no matter which one you visit and has such an extensive menu, it’s hard to choose sometimes but I’m sure you’ll have your faves!
They also have the best selection of drinks. Plus, you get free refills! We don’t get those here in Australia so be forewarned if any of you guys decide to visit and wonder why they’ve charged you for more than one drink if you order a few. 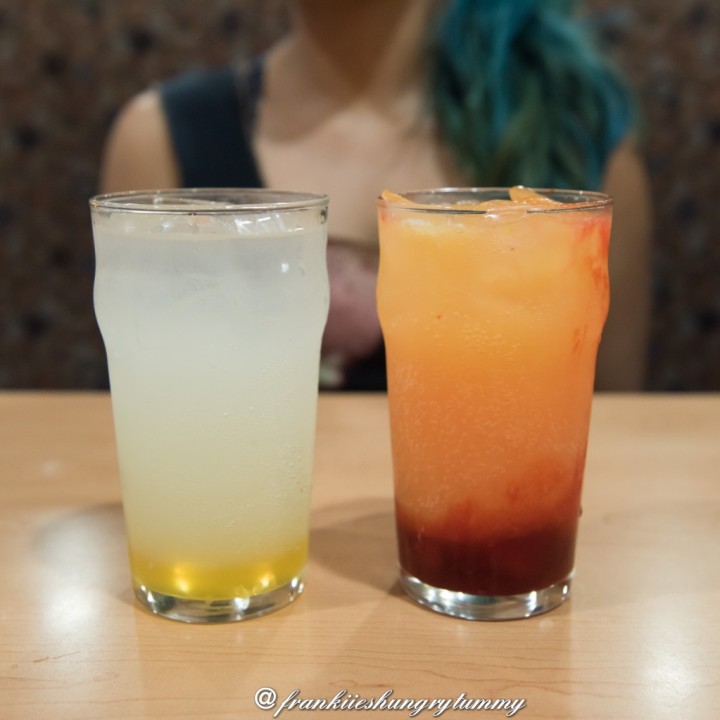 The portion sizes at this place are quite generous so you’ll always leave content if not bursting out of your clothing.
My favourite thing on the menu which I ordered numerous times over there was the breakfast crepe. 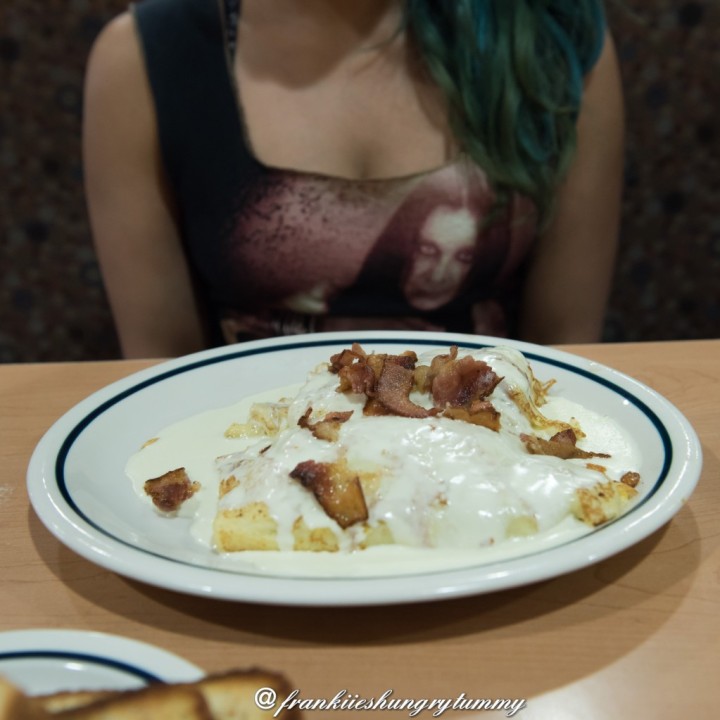 Applebees
Coming in at number nine is Applebees.
I didn’t know what Applebees was until I went to the US and saw them in each City.
I was meeting a friend of mine there and was a bit iffy about it at first with not knowing what it was. Throughout our trip, we ate there twice and both times, the food was surprisingly delicious. The portion sizes here are quite generous but I was able to finish my food for the simple fact that I couldn’t stop eating it!
It has a warm, homely feel to the place and the service is also quite good. 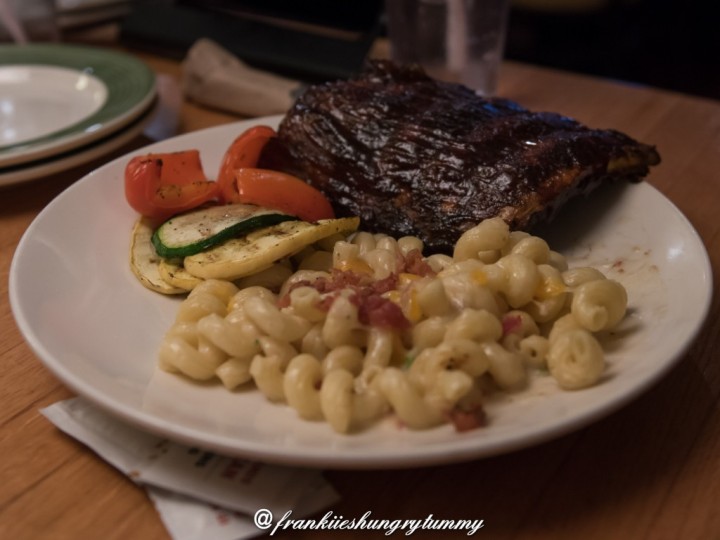 Carrabba’s Italian Grill
Number eight is Carrabba’s Italian Grill in Peabody.
We visited this place as it was in the same vicinity as the hotel we were staying at and had arrived quite late in the evening.
For me back home, it’s hard to find a good Italian place so this really hit the spot for me. I am a huge pasta lover if you can’t already tell so I was cheering that we walked into this place as I wasn’t expecting to visit any Italian restaurants during our trip.
When you walk in, it seems to be a quiet, tight-knit group of people (probably regulars) who are seated but the waitresses are the friendliest people out.
They also give you free freshly baked bread and who doesn’t love bread?! 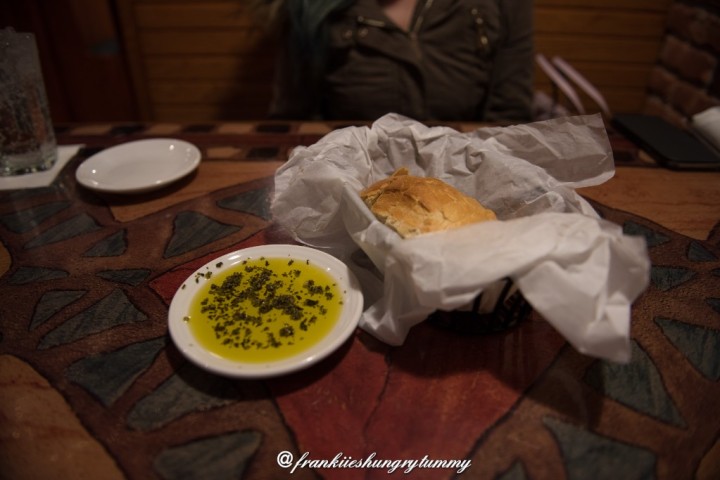 As well as a side of soup which was super tasty. It’s that homemade stuff you wish you had an Italian grandmother (or grandfather) to make for you. I tried so hard not to eat all of the bread and scoff down all of my soup for fear of not finishing my main but it was so hard! 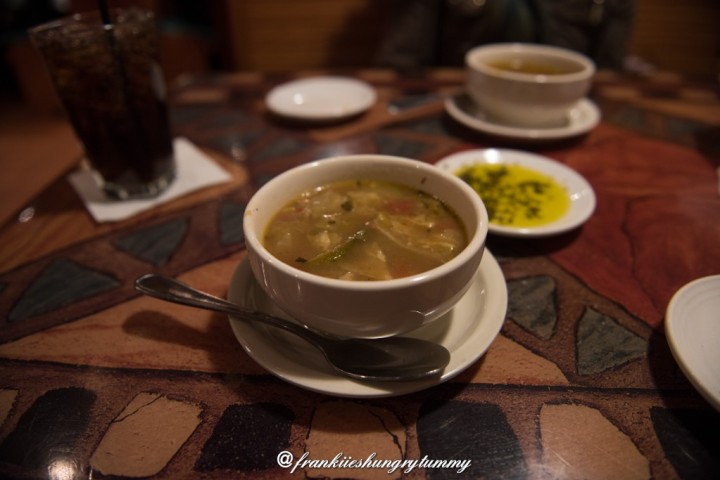 When our mains came out, they looked a decent size but with eating pasta, it can make you full quite quickly and I was defeated after eating all of that bread and soup. 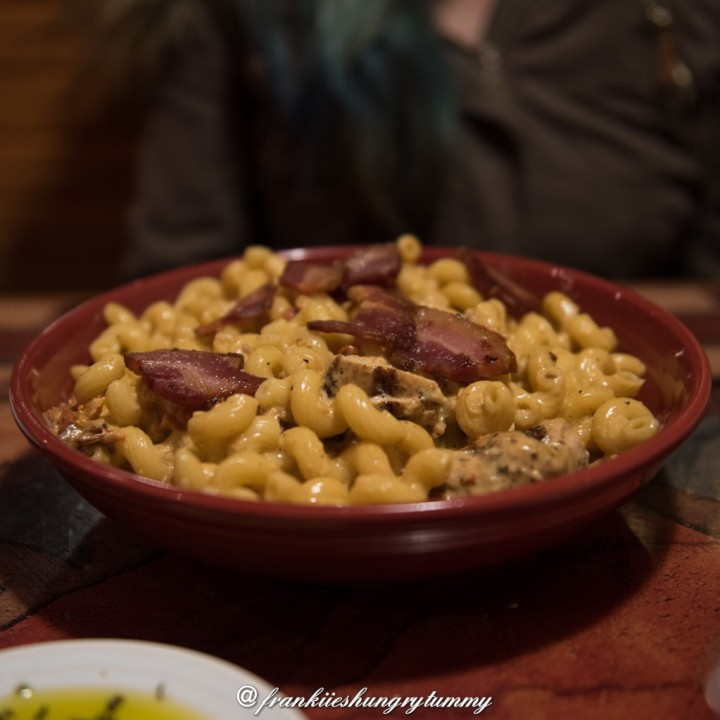 But not defeated enough to not have dessert and cannoli it was which was also delicious. 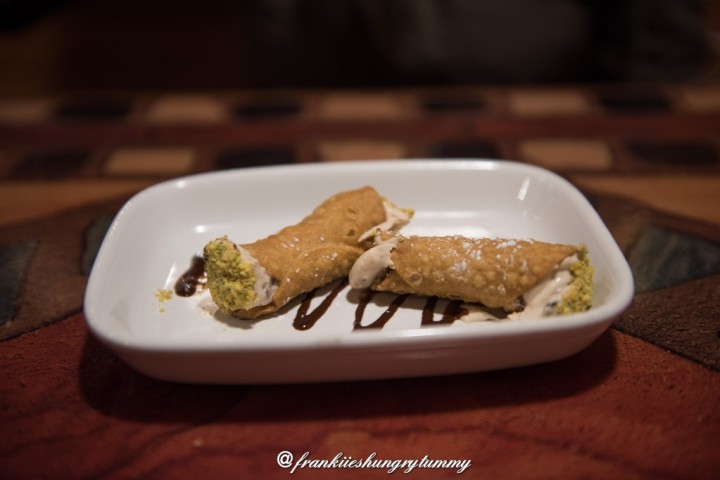 Flying Saucers
Number seven for me is Flying Saucers which is an alien themed pizza place located in the heart of Salem.
This little place has the best pizzas.
Those massive pizzas in New York are good but these guys know how to make a pizza!
They do your average flavours and they also do gourmet without being too gourmet if you know what I mean.
It’s like when you think of pizza, you want something greasy but tasty which will kill that junk food craving you have but not make you sick and this place can do just that!
They make a mean pizza with all the toppings you want (or don’t want) without the sickly feeling afterwards. 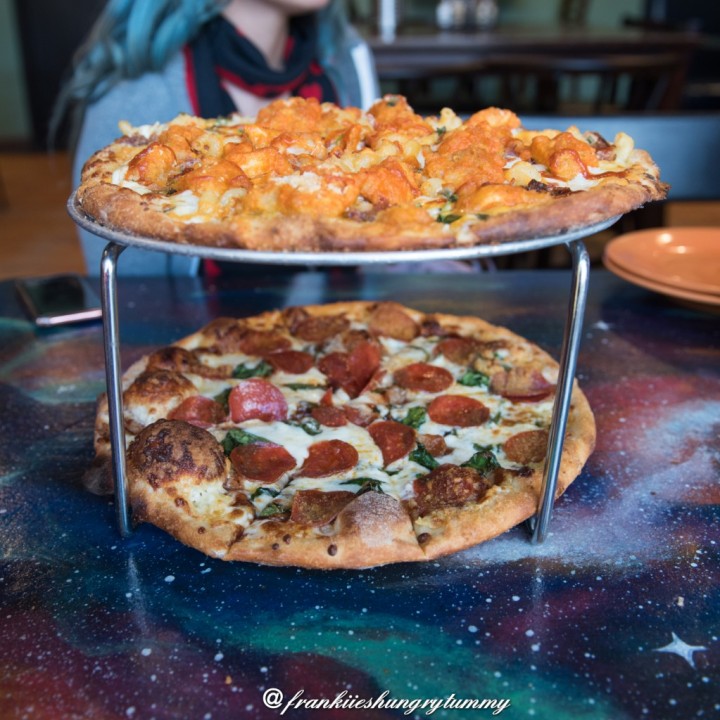 Little Anthony’s Diner
Rolling in at number six is Little Anthony’s Diner which is located in Tucson, Arizona.
I actually discovered this place via Instagram and it was on my “To Go To” list because it just looked so cute.
Just by the name, you can already picture an old school diner with black and white chequered floors and red booth seats and this was all that and more. There are retro cars parked out the front and waitresses in uniform serving.
The food was great – having old school hot dogs and those crazy milkshakes on their menu.
As expected, the food comes out on red and white chequered paper and the milkshakes in large glasses. 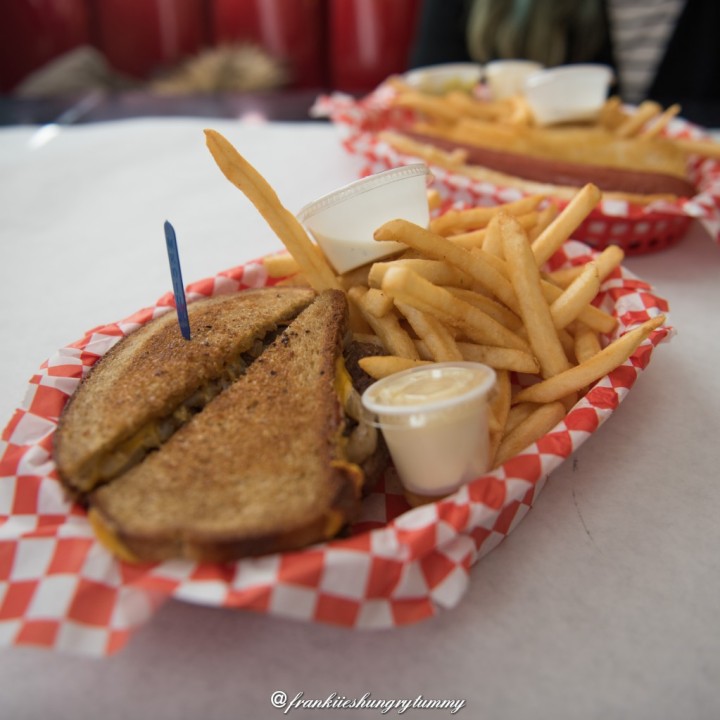 I have to say that it was the look of the milkshakes which made me want to visit this place and they really did not disappoint.
I ordered the Beauty School Dropout which was a bubble gum flavour and I was told that no one had ever finished it – I seemed to be the first. I couldn’t get enough of the thing!
Decked out with fairy floss, whipped cream and sour strapz, I wasn’t going to be defeated. 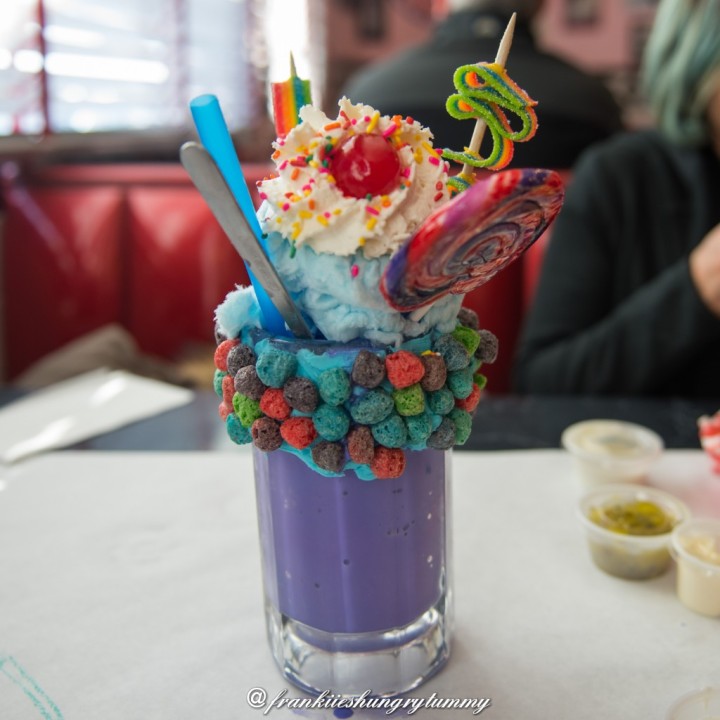 Mao’s Kitchen
Coming in at the number five mark is Mao’s Kitchen, located less than five minutes from Venice Beach.
This would have to be the best Chinese I’ve had in the US. Nothing close to what you would find at Panda Express.
The meals are quite a decent size so if you’re wanting to try heaps of things on the menu, you’re best to go with a group of people.
This place was recommended by a few people to us and it did not disappoint.
The service was good and the guys start your appetite going by serving you deep fried wonton wrappers which are super addictive. 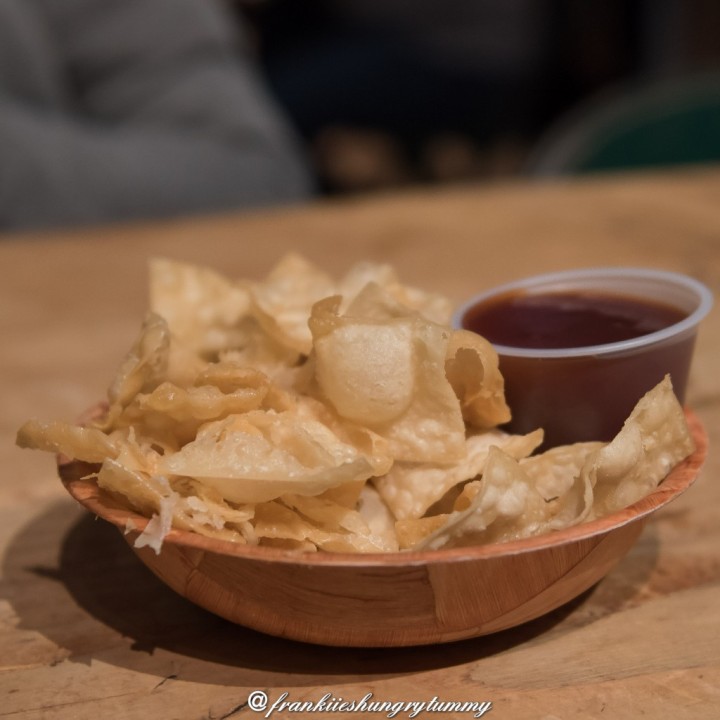 The food comes out relatively quick and is super tasty.
From the outside looking in, you wouldn’t think anything of it as it’s located in between a few other shops with a car park out the front but it’s definitely one to try. 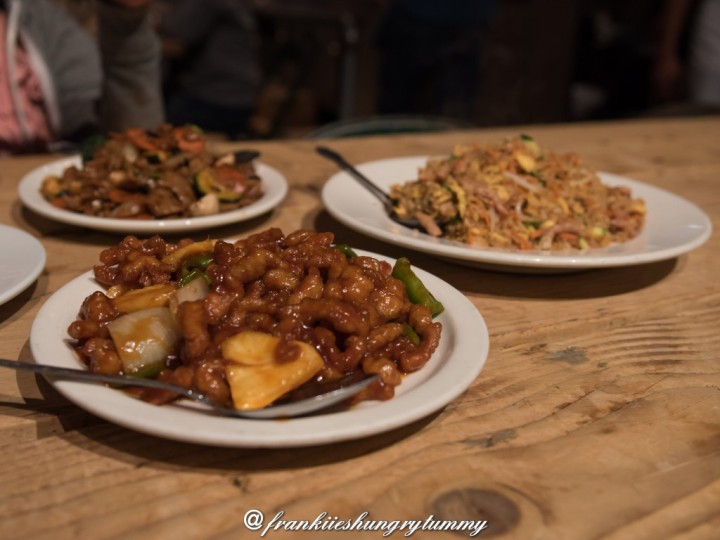 [Urban] Taco
Number four is [Urban] Taco which is a hip little Mexican eatery located in Dallas.
Everyone back home had been telling us that the Mexican food in the US would be amazing and completely different from what we know it to be back home and they were right.
This place was fifteen minutes from closing but they still took us in!
The service was great and the guy who let us in was a ball of laughs. 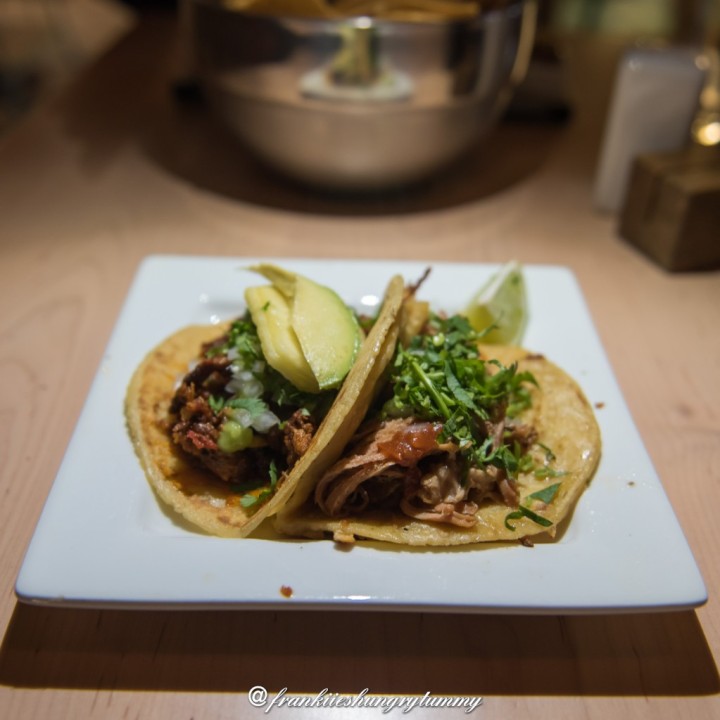 I ordered an entrée of nachos with a trio of dips and can I say the bowl – for something that is supposed to be an entrée, was huge! It was the size of a mixing bowl and filled to the brim with nachos.
The trio of dips were nothing like I have ever tasted before and were the most delicious things I’ve ever tasted in terms of Mexican food. 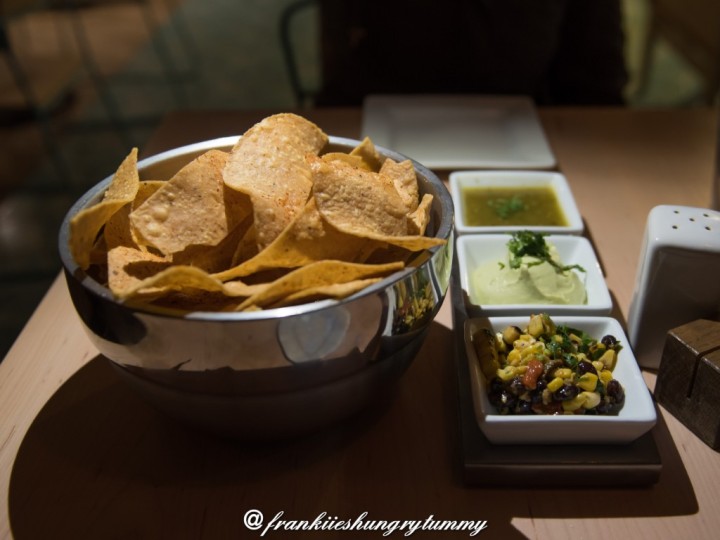 Egg Slut
Egg Slut comes in at number three and is located literally across the road from Mao’s Kitchen.
Now don’t be put off by its name because if you don’t go, you’re missing out!
A work colleague actually told me about this place and I couldn’t stop laughing at the name. To be honest, I only went for the novelty of having a picture of food with that name on it but was quite surprised at how good the food actually was. 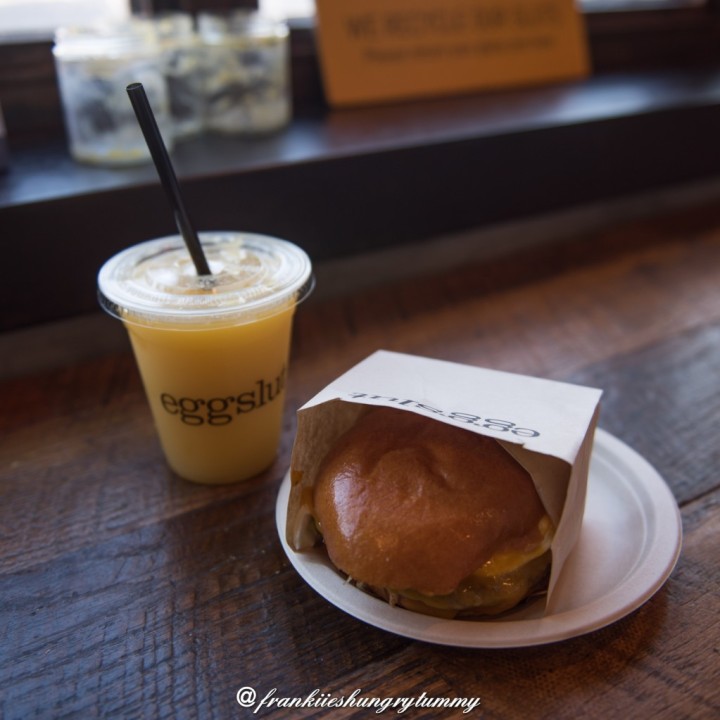 The prices here are a bit more than what you would expect to pay for something with an egg in it but it is definitely worth the money not to mention the reactions you get when you tell people about it.
They don’t have an extensive menu but whatever you choose, it will be good. 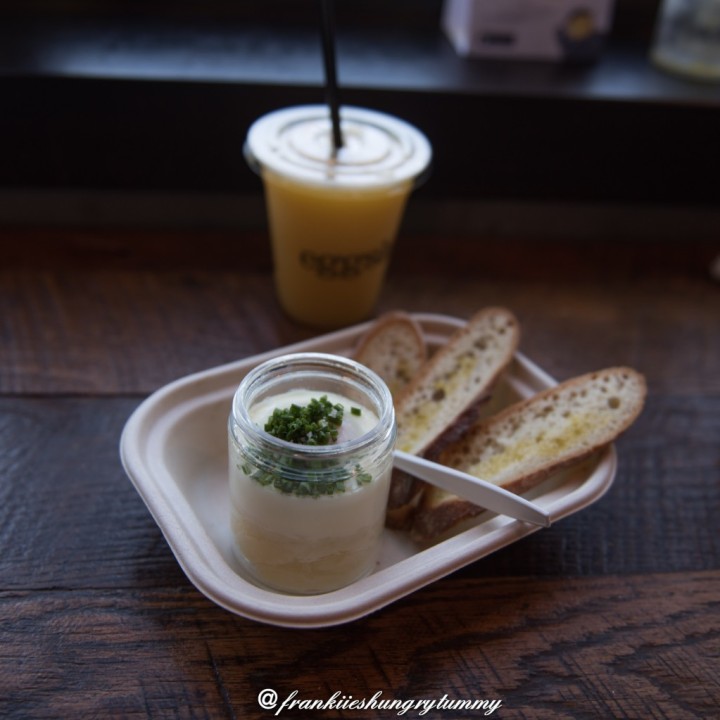 Suehiro Café
Coming in at number two and just missing out on the top spot is Suehiro Cafe.
Located in Little Tokyo, LA this place served up the best ramen I’ve ever tasted.
We had to line up for around half an hour which wasn’t too bad but it was definitely worth the wait.
Having come from Australia, most Japanese food tasted the same to me to be honest. Apart from Newtown’s Rising Sun which sets itself apart from all the rest, it was hard for me to differentiate the good from the bad in terms of Japanese food.
This place set the bar high. Having come home and having a craving for ramen, we walked downstairs of our building to a place we had eaten at before called Umaya and found that they had not improved from the last time we ate there. 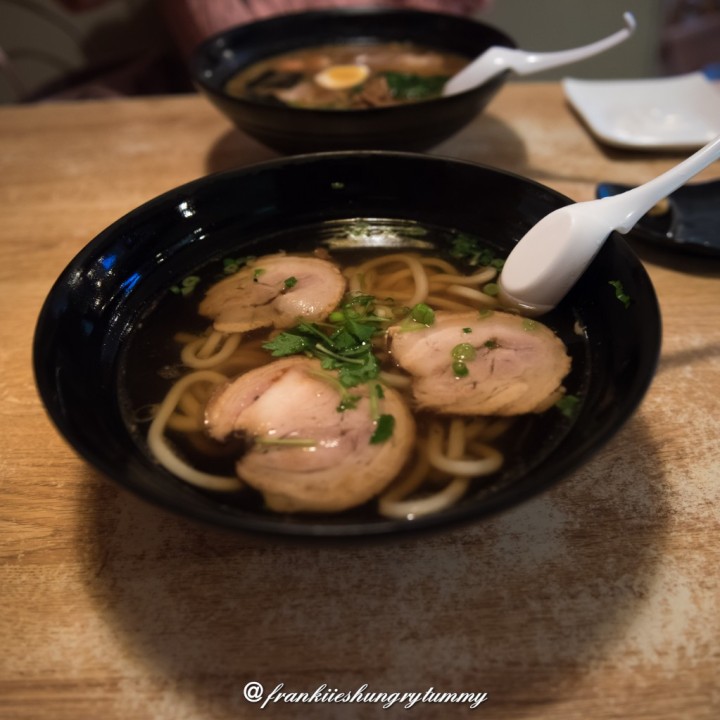 Sadly, ever since this place I have not found another good ramen joint that even comes close. 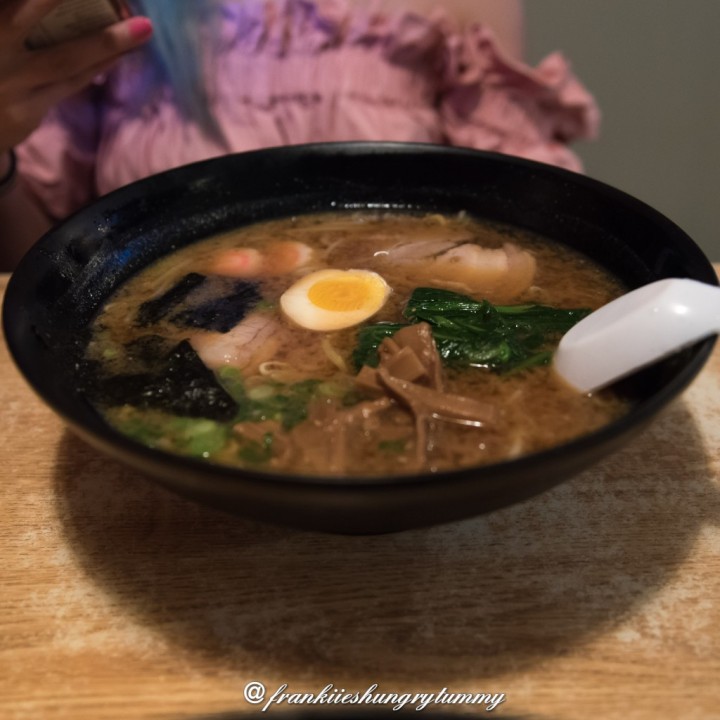 Katz Deli
Coming in at number one for me is Jewish place, Katz Deli in NYC.
The biggest and best Reuben, pastrami and corned beef!
I kid you not, this place is amazing!
I thought I had fallen in love with Reuben at Uncle Kurts in Parramatta but this place takes it to another level.
Decked out and piled high, this bad boy needs to be eaten on an empty stomach.
While you’re ordering, they guys at the counter give you a taste of a few cuts of meat and you just drool over what they’ve served you, making you impatient for your food. 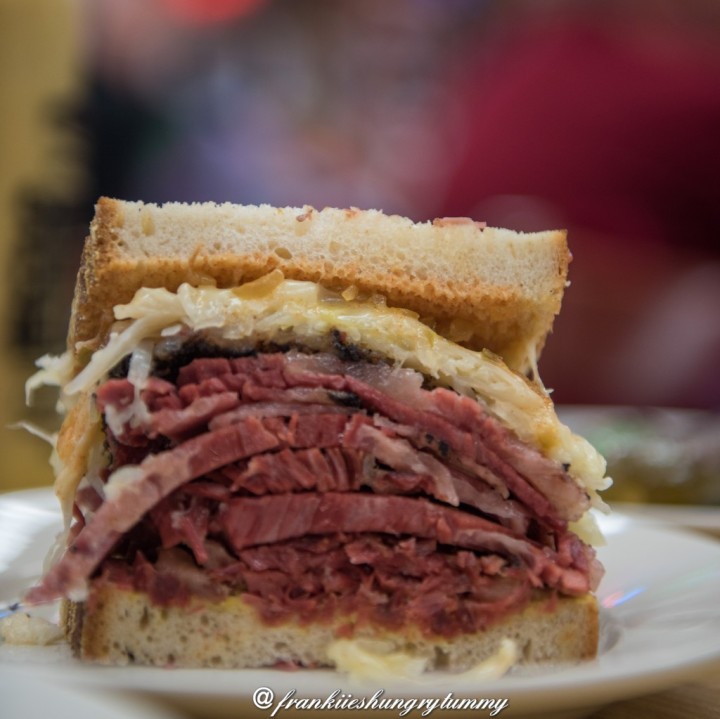 You look around, jealous of those digging into their ‘sky high’ rye sandwiches you wonder if you should have ordered those sides of fries.
Impossible for you to finish with anything else unless you’re a big eater, the sandwich is definitely a challenge but the taste makes you want to eat and eat until you burst. 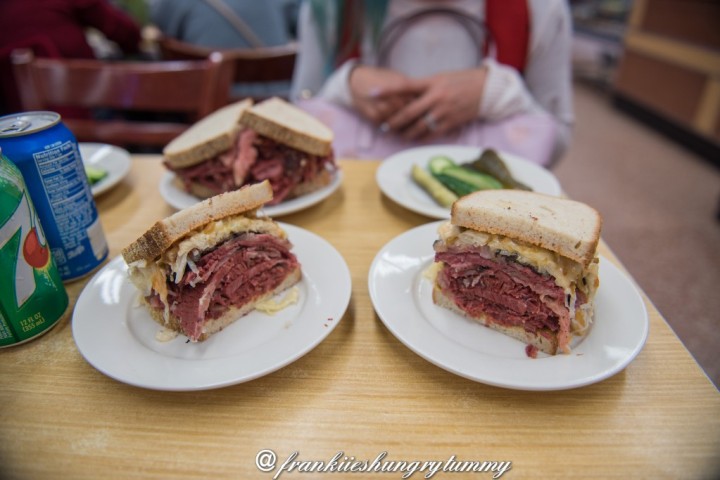 So there you have my top ten. Let me know if you guys have visited any of those places and what you thought.