Today we did a coffee food tour with Salem Food Tours.
We started off at the Milk and Honey Green Grocer on Church Street where we had some tea and coffee accompanied with a spinach pastry and pumpkin whoopie. 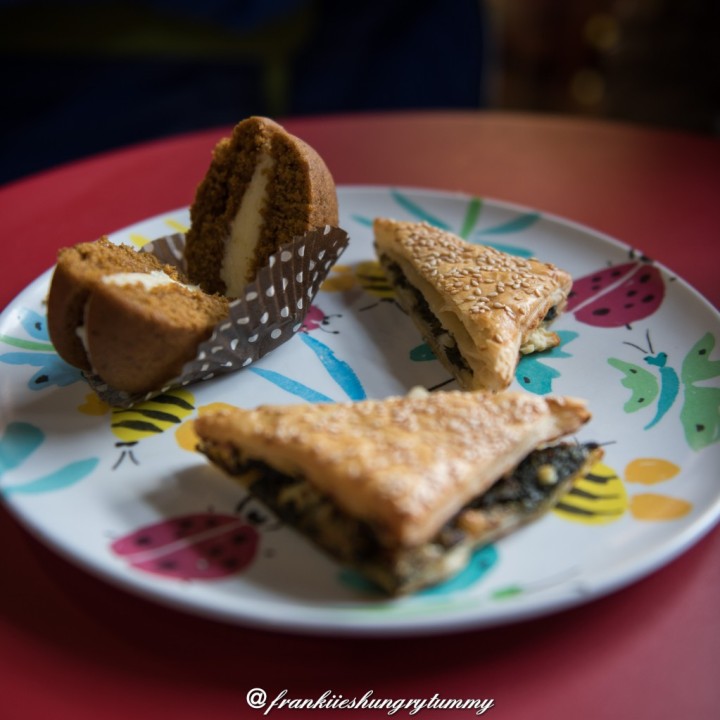 I’ve never had a pumpkin whoopie and wasn’t sure what to expect but it was delicious! It almost reminded me of carrot cake.
Our tour guide Karen gave us a brief background on the history of Salem and how there were no ‘witches’ there and just innocent individuals who were accused. 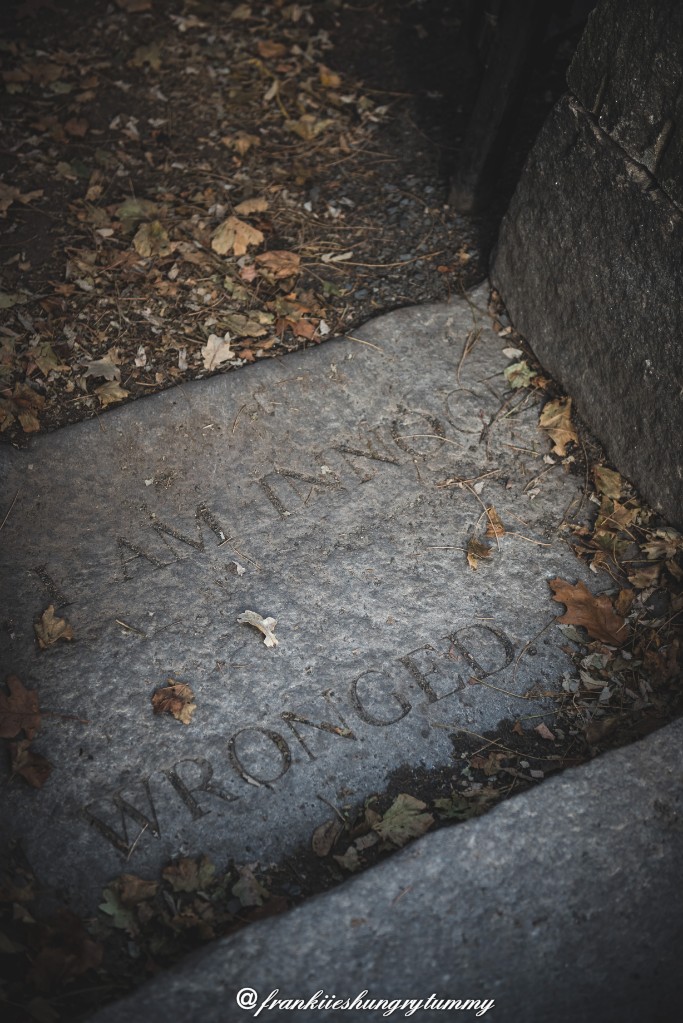 There is also a statue which was donated by TV Land which depicts Elizabeth Montgomery as her TV character, Samantha of Bewitched on a broomstick which is strategically placed in the middle of the main streets of Washington and Essex which caused a lot of controversy back in the day. 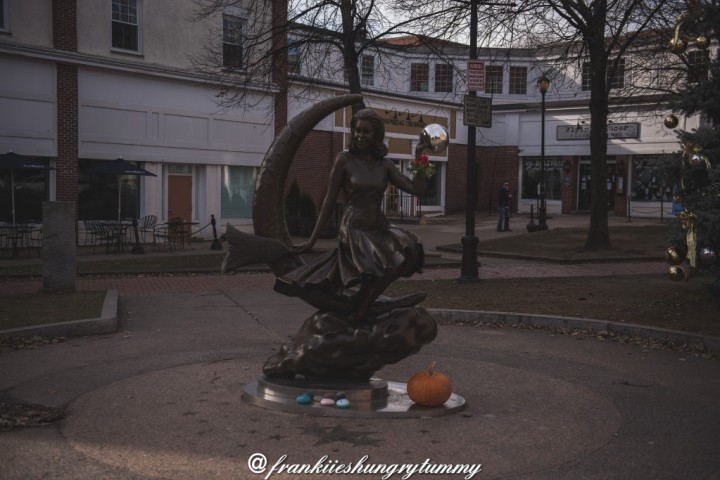 We were shown all of the different shops as well as their background. 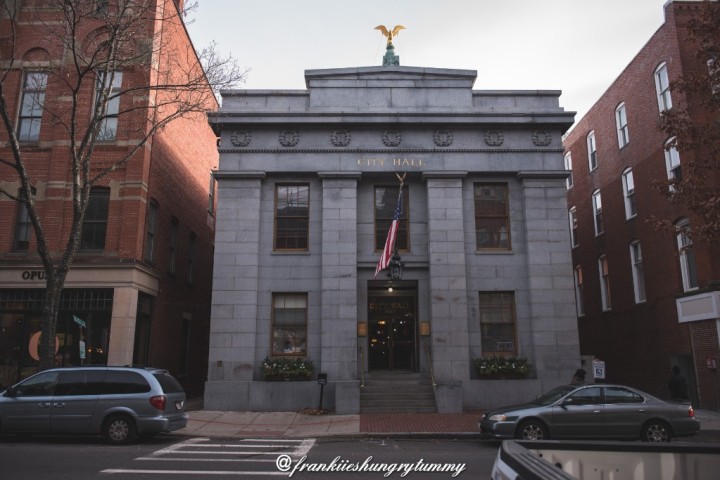 We were also taken inside the City Hall which was beautiful. 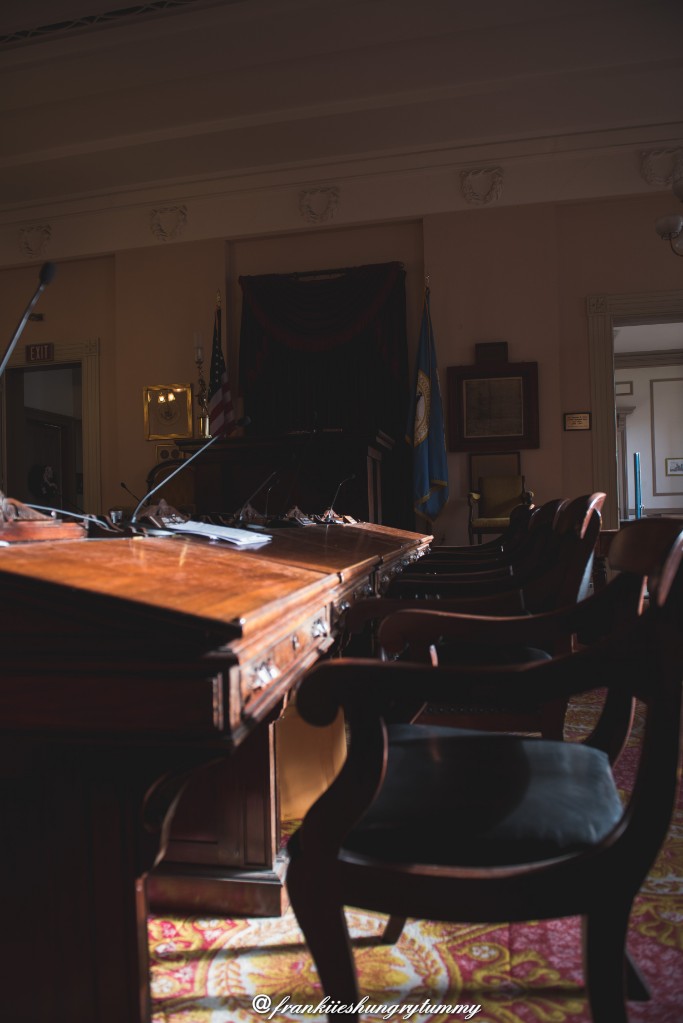 We were shown a few recommended restaurants which made it hard for us to choose what to have for lunch before we hit the road again.

We were then taken to the graveyard and memorial where there are stones for people to pay their respects to those who were hanged during the trials. 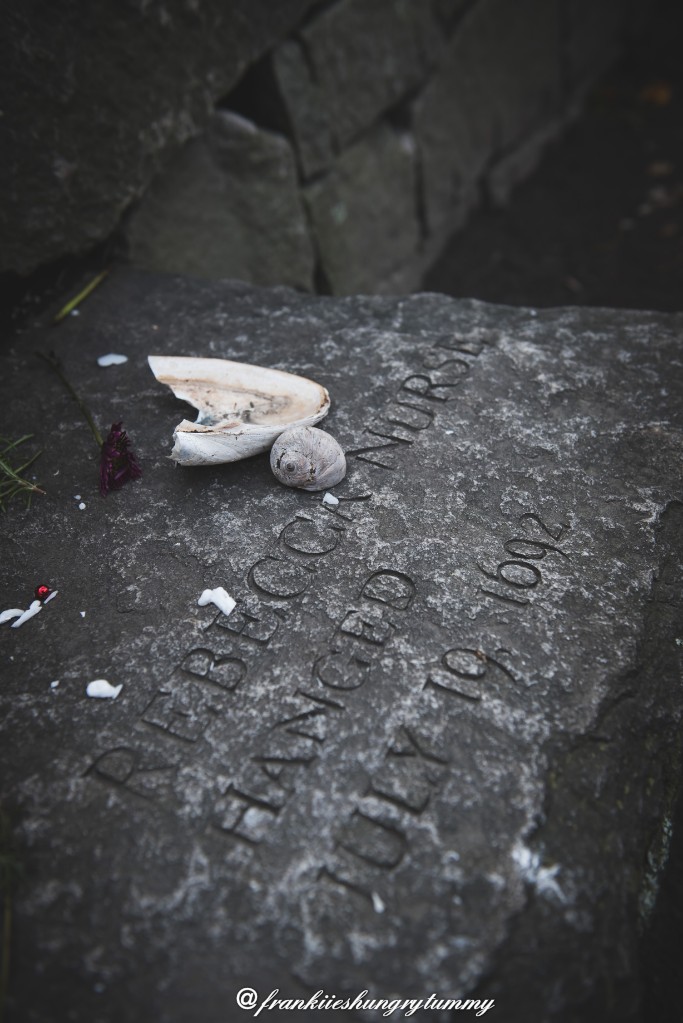 The last stop was Salem Spice where we got to try a few different salts and spices and of course, how could we not walk out with something! 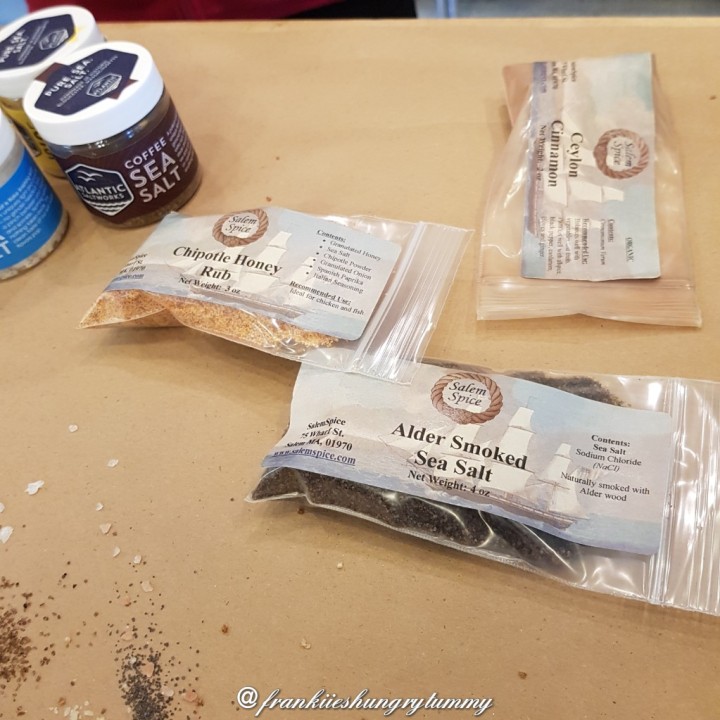 After all the walking we did, we settled for Scratch Kitchen where Karen recommended trying the pulled pork and boy, was it amazing! Definitely bursting with flavour and it was super soft too. 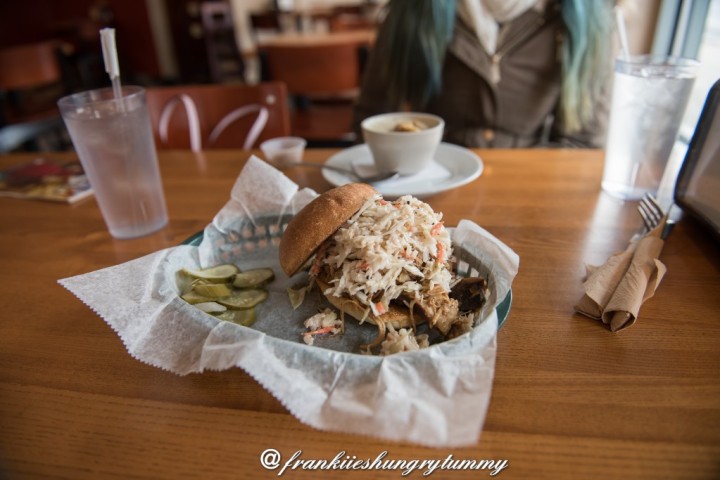 Karen also suggested the chowder which was just as divine. The broth was clear which is different to what I’m used to but the thinner the cream, the more you are able to taste the ingredients such as the clams, bacon and potatoes! If you guys ever visit, these two are a must off the menu! 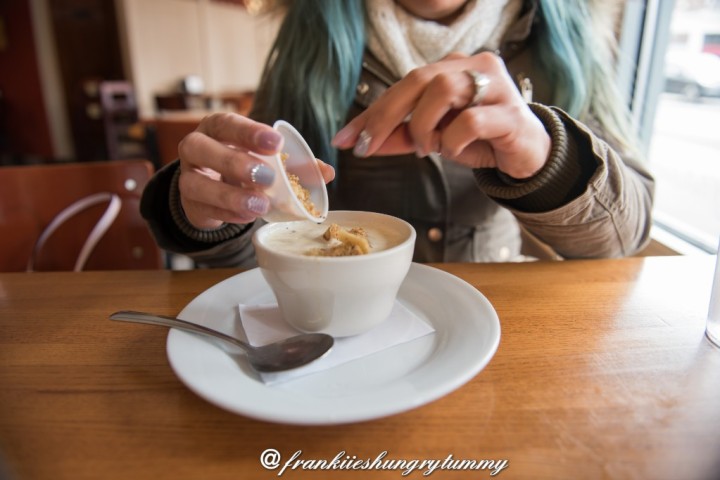 We also had a side of chips with bacon salt which is made in house and is just as amazing. 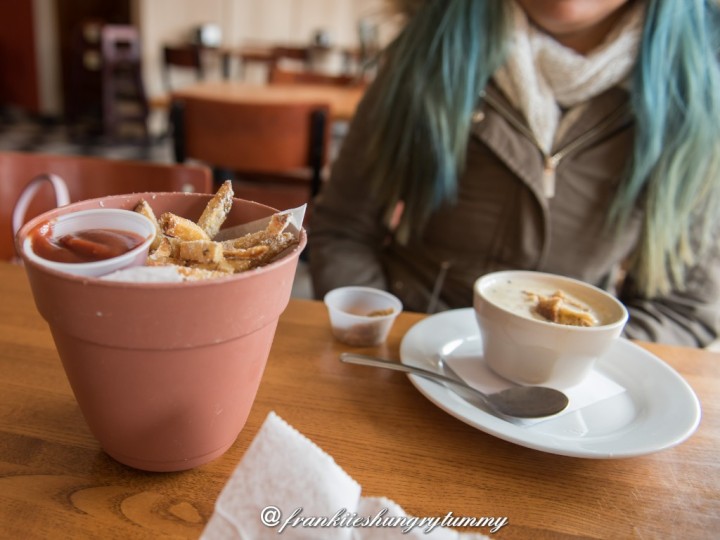 For dessert, we shared a cookies and cream pudding which was the cutest! 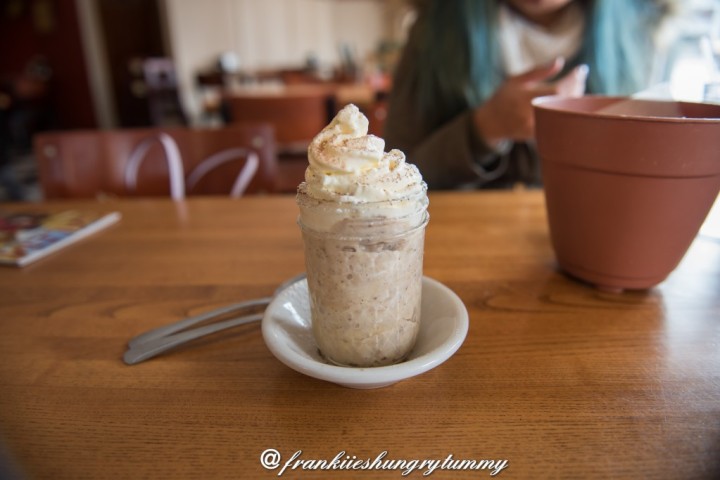 After our meal, we had a wander around the water front then headed on our drive to Pennsylvania for a stopover before heading out to Knoxville.
For dinner we had TGI Fridays. This was a favourite of ours from when we visited Melbourne and the food here was just as good.
I had the grilled salmon which had a side of jasmine rice and steamed spinach which was a healthier option for me after eating so much junk during this trip! 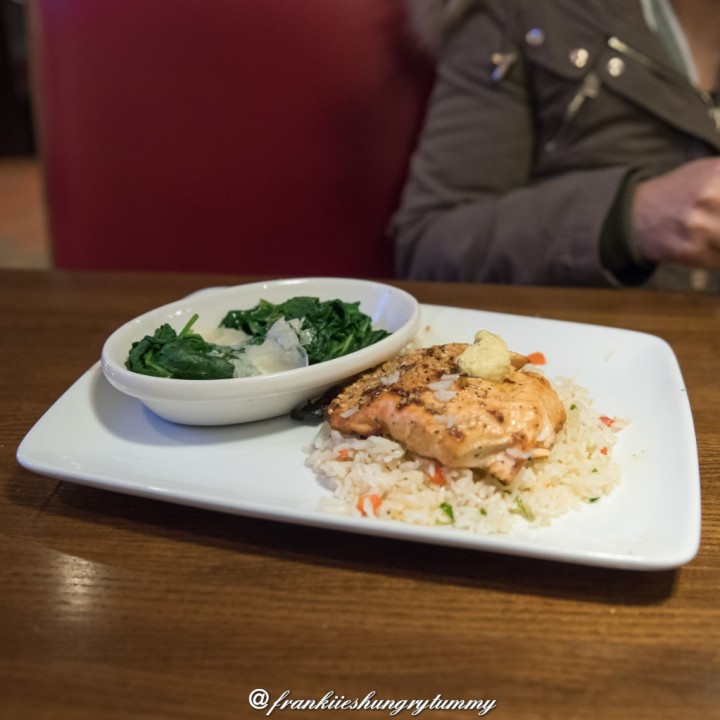 Hubby had the Jack Daniels chicken wings with blue cheese dipping sauce and a side of seasoned fries which is the same as what he ordered in Melbourne. 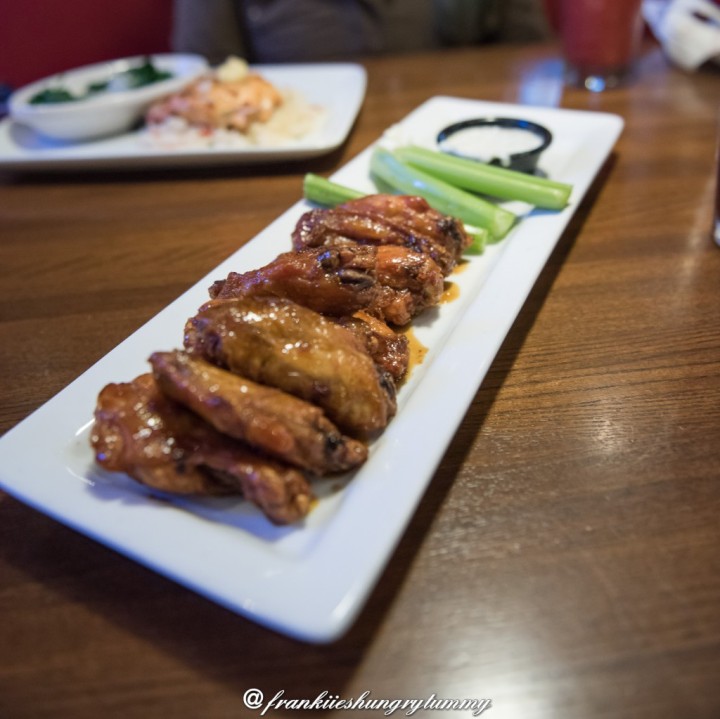 For dessert, we had the brownie obsession which was a rich, warm brownie topped with vanilla ice cream, caramel sauce and pecans – to die for!

It was such a fun time here, I didn’t want to leave! 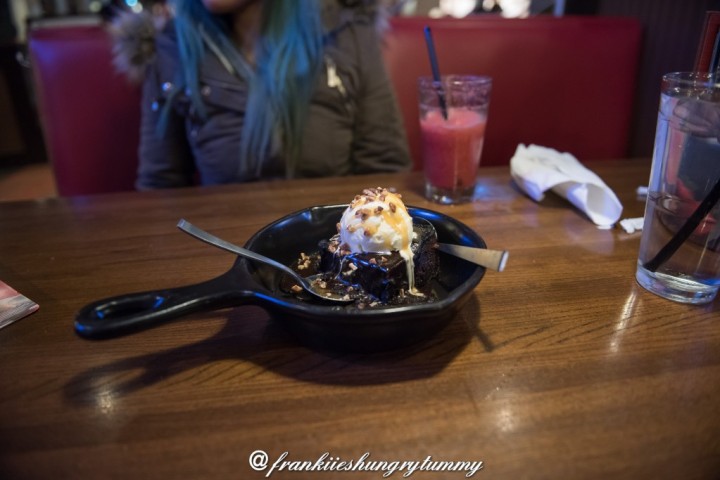